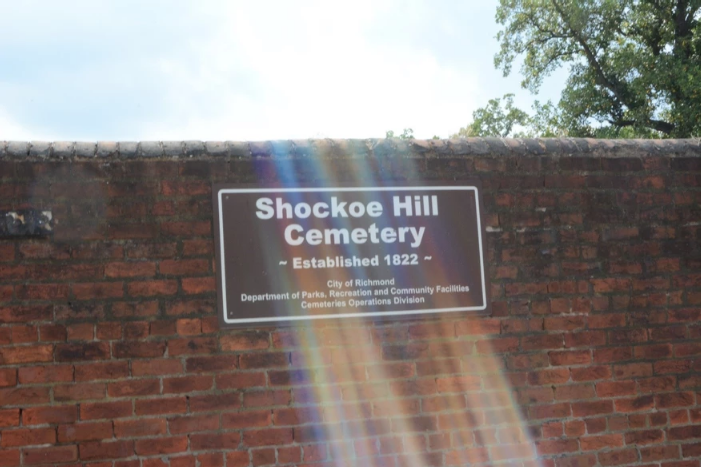 This cemetery was established in 1820 and was the first burial ground owned by the City of Richmond. It was and continues to be a cemetery for whites only. The City still owns and maintains the cemetery. Some of the famous people interred here include: Chief Justice John Marshall, and Virginia Governor William H. Cabell. There are many war veterans buried in the cemetery. During the Civil War several hundred Union Army prisoners of war were buried beyond the eastern cemetery wall and were interred with deceased Blacks as a sign of disrespect. These bodies were later were moved to Richmond National Cemetery. There are also several hundred Confederate soldiers buried there. ​

The photographs below show signage and headstones that this is a burial ground and who is buried. Also note that the grounds are regularly maintained which demonstrates the importance of the people buried.